Reishi Mushroom has been known for many thousands of years in traditional Chinese medicine as one of the most valuable therapeutics that was intended only for the Emperor. The people could not collect it, let alone consume it. All they could do to find this mushroom was that they had to hand it over to the emperor. Even if they had kept it, there was even a death penalty.

It was appreciated by Taoists, Buddhists, royal nobility and herbalists of all levels. It has a beneficial effect on five human organs - the heart, lungs, pancreas, liver and kidney. It aligns their function and cures deficiencies. Reishi also treats and stabilizes systemic diseases. Especially the respiratory system, but also the system of circulatory, digestive, nervous and motoric. The most prominent Chinese herbologist, herbalist and master of acupuncture, Li Shih-Chen presents the beneficial effects of Reishi in his medical work Bencao Gangmu (Chinese Farmakopei), where he has worked for over 40 years.

Reihi strengthens the heart, causes increased vitality, improves mental activity and rejuvenates. Taoist monks regularly use Reishi to strengthen memory, improve concentration, and increase wisdom. In China, it made syrups or tinctures, but in Chinese medicine the most common form is decoction that is drunk as tea. Japanese studies report a positive effect on sleep disorders and neurasthenia (characterized by many symptoms without an organic cause). It is precisely in Japan that, thanks to the strong reishi tradition, it is subjected to scientific research, mainly in terms of anti-tumor activity and improvement of Alzheimer's disease.

It contains a large amount of extraordinary properties - it contains all eight essential amino acids and has a high content of iron, selenium and vitamin B. Its high polysaccharide content promotes a stimulating effect on immunity, and gano-derma-polysaccharides in turn slow down tumor growth. However, it is important to emphasize that significant effects include immunostimulatory or immunomodulatory action, which significantly promotes immunity. This is due to the fact that experts say, because it contains adenosines and otherwise a rare element in nature - germanium. The content of germanium is linked by some scientists with antitumor effect, others mention that it supports immunity.

Many different substances, many of which are still unexplored. In Japan, Reishi is therefore used to prevent cancer treatment and therapy. In addition, Reishi has a cholesterol-lowering effect, promotes blood circulation and counteracts thrombosis, owing to triterpenes, which also slow down the release of histamine - a substance that bothers allergies. It also contains a large number of antioxidants, polysaccharides, triterpenes, fiber, organic germanium, enzymes, adenosines. The included terpenoids are intended to have an anti-inflammatory effect. The most important terpenoids are ganodermic acid and lucidenic acid.

Reishi fungus has anti-inflammatory effects and helps with some liver problems. It further improves lung epithelial regeneration, improves cellular metabolism, removes toxic substances from the body from the body and protects them from fouling. It promotes cardiac circulation and stimulates the heart (the ingredients improve blood flow and therefore consume less oxygen), detoxify the body, normalize blood pressure, help lower cholesterol, useful in allergies, widen narrow bronchi and therefore reduce the risk of bronchitis. With all these effects, Reishi - as observed in Asia - can recover the lost balance in the body and keep us up to the age of fit even under heavy physical stress. In China, Reishi is used after weakening after childbirth, but also in case of hair loss during this period. According to Chinese teachings, thanks to his tropismu to the heart, he can also replenish blood to the heart and soothe the spirit of Shen. This term means influencing the psyche and emotions of the whole organism.

Reishi is recommended for conditions such as insomnia, palpitations, mental fatigue, restlessness, dizziness and other similar conditions. None of the known active ingredients, taken alone, can achieve the effect of Ganoderma alone. Reishi has a relationship with the lungs. It can transform mucus to stop coughing and shortness of breath. It can be seen from all that this fungus is used in both traditional Chinese and modern medicine. It is actually a parasitic fungus because it infects and develops the host's roots or stumps. The host is a variety of trees, such as oak, walnut or poplar. It usually attacks trees at the site of injury. Its taste is referred to as sweet and slightly bitter. The sweet taste means that it complements, moisturizes and harmonizes. The sweet taste is often combined with bitter in Chinese traditional medicine. The bitter taste itself means descent, drain, purge, empty and dry the moisture. The combination of both flavors is complemented by Jin. Yin and yang actually depict two sides of one coin, the basic principle of traditional Chinese medicine.

Because we rarely include reishi fungus in our diet, it is good to buy a dried reishi capsule sponge.

We can find many Reishi products on the market. But the quality of them is much less, and as you know, quality is ALWAYS IMPORTANT for us!

Therefore we value quality of our products!

You can find it in our e-shop here:

REISHI can find it our e-shop here: 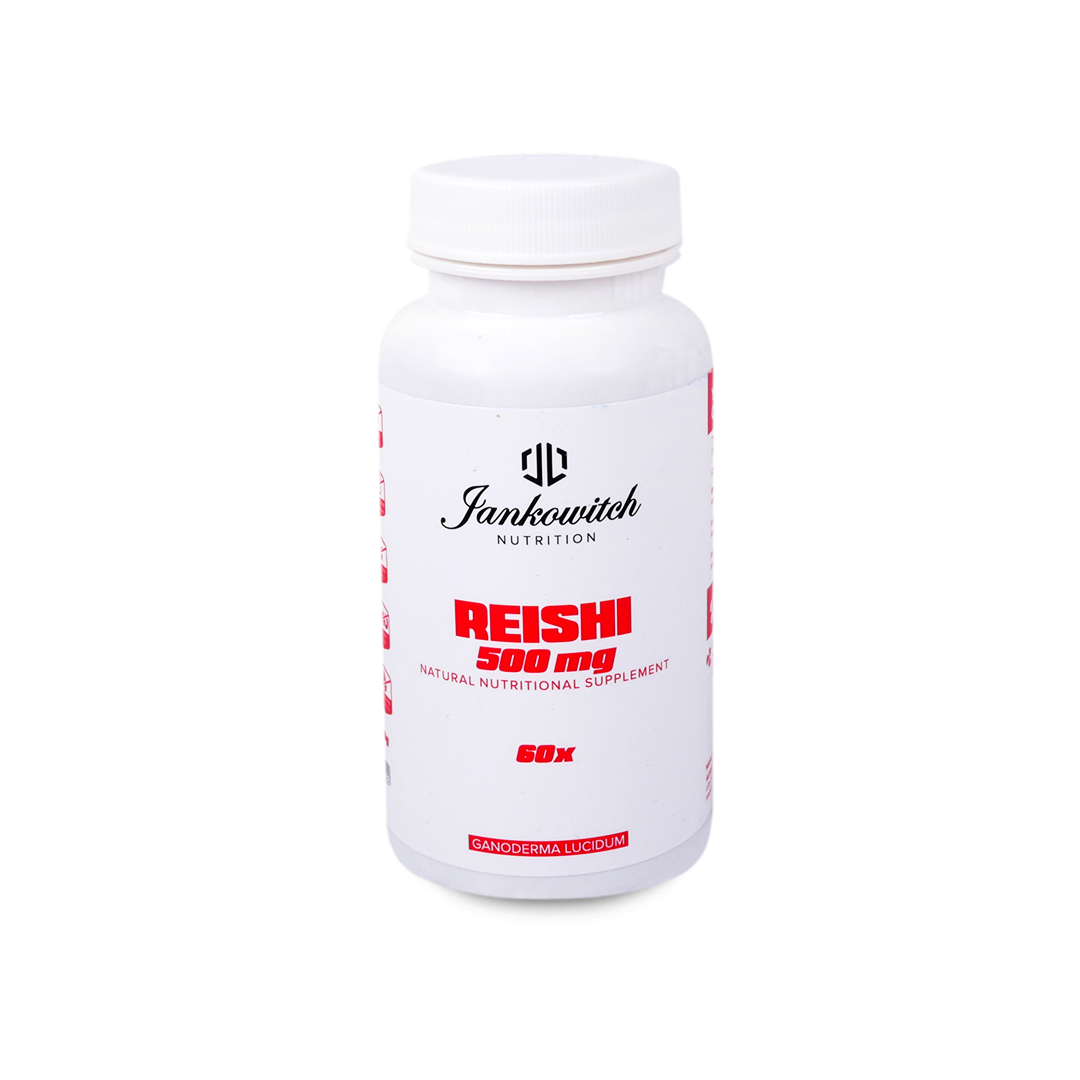